The Osaka native booked his ticket to the Youth Olympic Games by winning the WDSF World Youth Breaking Championship this May in Kawasaki. A member of the K.A.K.B. crew, Shigekix has been strutting his stuff since he was 7 years old. A star clearly on the rise, Shigekix was also the subject of a recent Olympic Channel short.

Bad Matty began dancing five years ago, and claims his charisma is his greatest strength. When he isn’t breaking, the Milanese enjoys watching Mixed Martial Arts.

A member of the Mixed Souls crew, Reflow began dancing in 2011. He was inspired by the moves of Michael Jackson and says his love of travel motivates him to be the best breaker he can be. Dedicated, motivated and determined, when Reflow isn’t breaking he can be found pursuing his other hobbies: photography, graphic design and drawing.

Inspired by the movie Step Up 3, KennyG began dancing when he was 13. He says his strength is in his footwork, and he dances because it makes him feel free and energised.

A member of the Dye-namic/ Kreative Beings crews, the Johannesburg native began dancing in 2013 and is motivated by a desire to grow the B-boy scene in South Africa.

Winner of the 2018 WDSF World Youth Breaking Championship, B-girl Ram is the one to look out for in Buenos Aires. A member of The Flooriorz, the Yokohama native has been dancing since she was 5 years old. When she is not breaking, Ram enjoys listening to music.

Seoul native Yell enjoys funk and hip hop. She started breaking in 2014 after drawing inspiration from watching a B-boy performance. A member of the Gamblerz New Generation crew, Yell will be looking to improve on her third-place finish at the World Youth Breaking Championships when she competes in Buenos Aires this October.

B-girl Vicky started dancing in 2010 and names flexibility as being her greatest strength. A native of Gastel, Vicky is a member of the Rugged Studio and Floor Burnin crews.

Confidence and style sums up what B-girl Ivy brings to each competition. When not dancing, Ivy enjoys football and tennis.

Argentina’s own Vale will be spurred on by the support of the home crowd this October in Buenos Aires. Look for her to impress everyone with her strong suits – top rock and footwork. 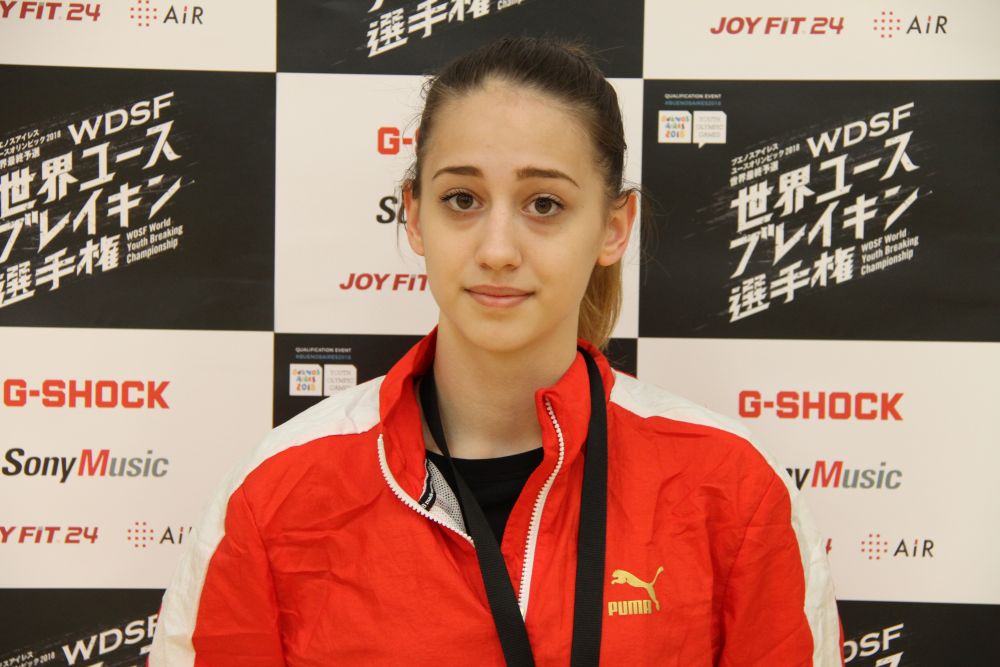